With a sustained growth throughout more than 30 years of existence, Roch has managed to position itself as one of the leading independent operators in the exploitation, exploration and commercialization of gas and oil in the country.

If nothing else is to be done but you find out what to do next, then future is your business. At Roch, we believe in embracing challenge.

With more than thirty years developing knowledge for the exploration and production of oil and gas fields, our success is the result of a combined business model:

for oil and gas opportunities

for efficient exploitation of the reserves

Under the direction and strong commitment of its founder and main shareholder Ricardo Omar Chacra, ROCH is one of the most respected and trusted independent oil companies in the region. 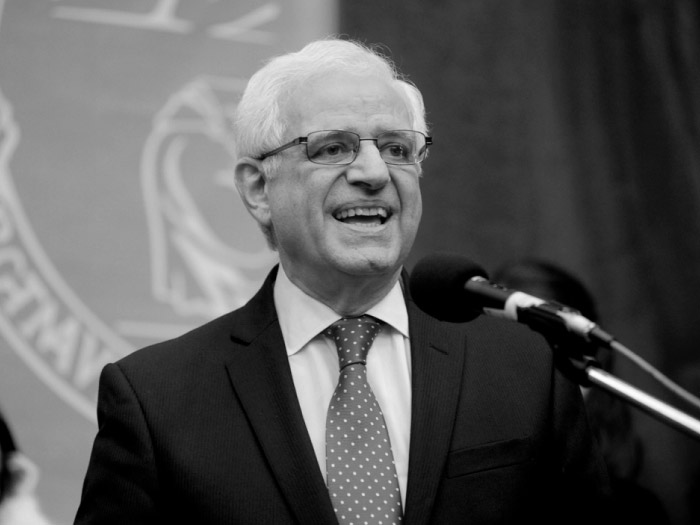 As of 1975, he developed activities in the Mining and Geology Management of “Yacimientos Petrolíferos Fiscales (YPF)”, Department of Studies. He was member of the secondary and tertiary recovery and special studies study team.In February 1978, he joined the Technical Department of INALRUCO S.A. PETROLERA, being in charge of Anticlinal Campamento, Koluel Kaike, El Valle, Las Flores, Ramos, Piedras Coloradas,Estructura Intermedia reservoir research. Control and monitoring of Meseta Espinosa and Cañadón Seco Fields secondary recovery exploitation. In 1980, he became Head of Engineering in the Piedras Coloradas and Estructura Intermedia fields primary recovery and water injection exploitation operation for O.P.C.

In 1981, he joined APCO ARGENTINA INC. as Head of the Reservoir Engineering Department in charge of special studies, analysis and evaluation of oil and gas projects. He devoloped the preparation of oil and gas well workover (repair, testing and completion) programs. In June 1985, he became APCO ARGENTINA INC. Engineering Manager and Director in PETROLERA PEREZ COMPANC.

In 1986, he served as Oil Operations Manager in COMPAÑIAS ASOCIADAS PETROLERAS S.A. in charge of all the company operations, both on-shore and off-shore exploitation and exploration fields. In 1971, he was Assistant Professor in Thermodynamics in the University of Buenos Aires , School of Engineering.

In December 1974, he was Assistant Professor in Industry I in the University of Buenos Aires, School of Engineering.

Between 1976-1977, he was the Coordinator of the admission course dictated jointly in the Argentine Center of Engineers and Mathematics Professor of said course, in the School of Engineering.

He has taken the following postgraduate courses dictated by YPF 1976 Well Testing , 1976 Fluids, 1977 Drainage, 1977 Material Balance and in 1982 Logs Seminar, dictated by Schlumberger.

He is currently ROCH S.A. President.